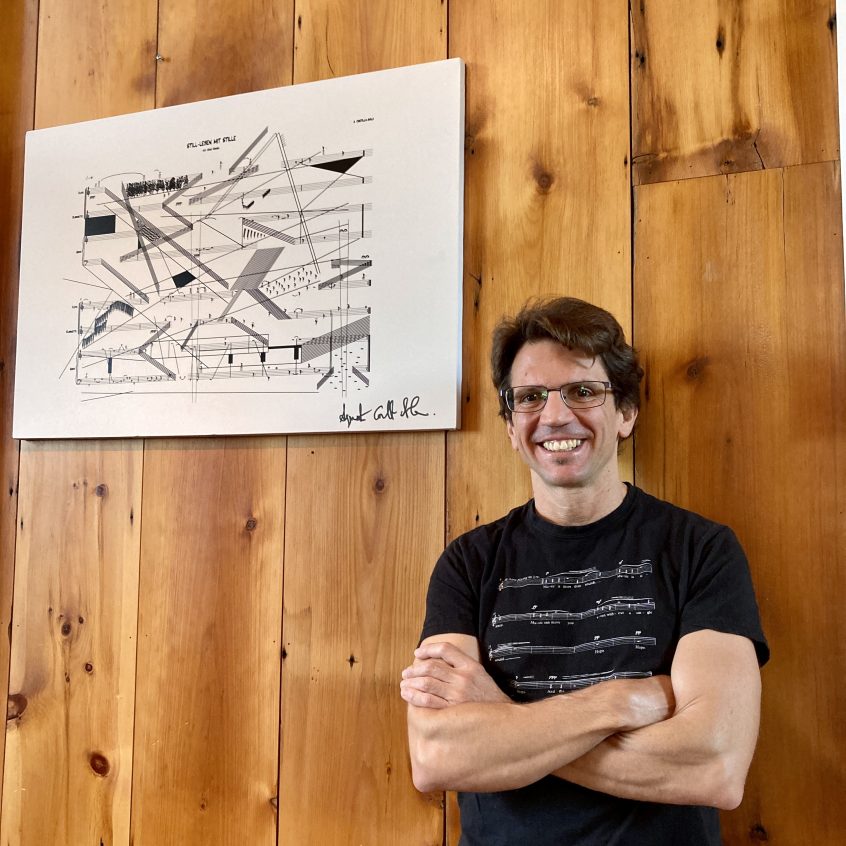 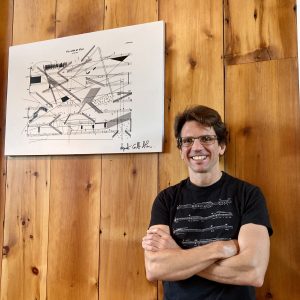 Composer, guitarist, improviser, graphic artist, author and artistic researcher Agustín Castilla-Ávila is a pioneer in microtoal music, particularly with cross-tuned guitar. Originally from Spain, Agustín’s research is based in Salzburg, with the Ekmelic Society at the Mozarteum. As a composer, he has worked in Europe, Asia and America. His music has been played at international centers including Linz, Saint Petersburg, Reykjavik and Amsterdam. He participated in the Anderson Center’s residency program through the organization’s Minnesota-Salzburg Artist Exchange program with the City of Salzburg.

At the Anderson Center, Agustín composed new music for an opera project and worked on his contemplative “Still Life with Silence” visual art project, which focuses on the graphic value of silence in music. During his residency, he arranged a public concert in the Tower View Barn on July 29, 2022. Entitled Nomads-Oasis, the concert featured performances of new music by Agustín, as well as composers Wladimir Rosinskij, Richard Cameron-Wolfe, and Scott L. Miller. Agustín also installed 18 works from Still Life with Silence, in the Tower View Barn and participated in Meet and Greet events in the barn July 27 – July 29, 2022. Lastly, Agustín offered a brief artist talk in Barn about the Still Life with Silence collection prior to Nomads-Oasis concert.