The Anderson Center presents Sustenance, a group exhibition featuring work by five Minnesota artists exploring food and the cultural identities behind what we eat. A free artist reception featuring live jazz by the D’Sievers duo will take place Friday, August 27 from 6 p.m. to 8 p.m. Catering featuring a Chopped Thai Chicken Mango Salad by The Granary of Stockholm is also being provided. Rain site is the Tower View Barn; the reception will be set up outdoors on the front lawn if weather permits. The exhibition runs through November 13, 2021.

From traditional still-life paintings to conceptual art in two and three dimensions, these works honor the vital relationship that people have with food: growing it, serving it, sharing it, and using it as a metaphor or symbol. Featured artists are Katayoun Amjadi, Danielle Flicek, Michael Jensen, Seitu Jones, and Constance Misener.

“We talk a lot about Art & Culture, and when I think about those two ideas, they encompass just about every aspect of life,” says Anderson Center Director Stephanie Rogers. “Culture is embedded in everything: what we chose to wear and eat, how we interact with other people. The production, preparation, and sharing of food is one of the most accessible and welcoming ways to share our culture, values and time with others.”

“The artists in Sustenance are thinking about this in different ways. Jones and Flicek are involved in growing and serving food in a direct, hands-on way, and that comes through in the imagery they use in their artistic practices. Amjadi’s work from the Exileware series is both functional – you could actually use them to eat – and a highly conceptual examination of ‘transnational migration on individual and collective experiences of everyday life,’ as she describes it. Misener and Jensen’s works, while very different in style, honor humble produce. Through their paintings, they have elevated and extended perishable produce, asking audience members to look closely and appreciate the complexity and beauty in small and seemingly mundane things.”

Handicapped accessible and free to the public, the Main Gallery at the Anderson Center is open Wednesday through Saturday from 11 a.m. to 4 p.m. This exhibit is made possible by the voters of Minnesota through a Minnesota State Arts Board Operating Support grant, thanks to a legislative appropriation from the arts and cultural heritage fund.

Katayoun Amjadi is an Iranian-born, Minneapolis-based artist, educator and independent curator. In her artworks, she often considers the social systems that continually construct the binaries which shape our perceptions of Self and Other, such as religion, gender, politics and nationalist ideologies. Katayoun is interested in blurring these boundaries and create a balanced hybrid style both in life and art. Her art is an attempt to understand the relationship between past and present, tradition and modernity, and individual versus collective identity, as well as to spur discussion about our understanding of time and the tangled roots of our histories. She holds an MFA in Ceramics and Sculpture from the University of Minnesota and currently teaches as faculty of art at Normandale Community College. Her work has been exhibited in several group and solo exhibitions nationally and internationally, including Minnesota Museum of American Arts, Rochester Art Center, Weisman Art Museum, South Dakota Museum of Art, Public Functionary, Beijing Film Academy, Karlsruhe Art Academy and Haft Samar Art Gallery in Tehran. Katayoun is a 20/21 MCAD-Jerome Emerging Artist Fellow.

Red Wing-based Danielle Flicek is a mom, restaurateur, and oil painter from Red Wing, MN. When she isn’t welcoming people to the Staghead Gastropub, Danielle is a painter who is inspired by food and fresh ingredients.

Michael Jensen knew from a young age that he wanted to be an artist. At the Minneapolis School of Art, he started out focused on painting. In his second year, photography captured his interest. He left school for an opportunity to work as a photographer. Michael ran M. Jensen Photography, Inc. in NE Minneapolis and built a career in Advertising Photography. After retiring from photography, he began painting again. Michael splits his time between two studios – one at the Cowles Center in downtown Minneapolis, the other on property in northern Minnesota.

Artist and advocate Seitu Ken Jones has been tending the soil of community through art for more than 40 years. Throughout his career, he has harnessed the tools of visual art, infrastructure, and civic engagement to create work that links history to the present and honors the community’s assets — from its historic figures to natural resources to cultural traditions. In his public art and events, Jones pushes beyond traditional art spaces to reach people in the context of their lives and communities. His large-scale sculptural installation Turnip Greens was dedicated in 2019 in the Nashville Farmers Market, inspired by the city’s bounty of food and black culture. First enacted in St. Paul in 2014, A Community Meal convened two thousand people over dinner at a table half a mile long. Jones’s site-specific art installations for the Twin Cities Light Rail Transit system blend visual beauty with local history. In 2013, Jones co-founded Frogtown Farm, a five-acre urban farm in a St. Paul city park created with and for neighborhood residents.

Jones is a recently retired faculty member of Goddard College in Washington State. He holds a BS degree in Landscape Design and a MLS in Environmental History from the University of Minnesota. He’s been a Senior Fellow in Agricultural Systems in the College of Food, Agriculture and Natural Science Resources at the University of Minnesota and is a member of the board of managers for the Capitol Region Watershed District. He resides in St. Paul, Minnesota, with his partner the poet Soyini Guyton.

Constance Misener says that she paints, “for the pure joy of it.” Misener has lived in Minnesota for more than 10 years and considers it to be home. She holds a BA in Art from N.Y. State Univ. at Buffalo and attended classes at Everson Museum of Art, Syracuse, N.Y. She has taught painting at the Sharon New Hampshire Art Center and worked throughout New England painting murals and in the field of antique restoration, becoming a Guild member of the Historical Society of Early American Decorative Arts. She is currently a member of the Little Colony painters group in Prescott WI. Misener teaches painting and sells antiques in Hastings, and shows regularly at the Orange Dragon Gallery.

This invitational show has been curated by Stephanie Lynn Rogers. 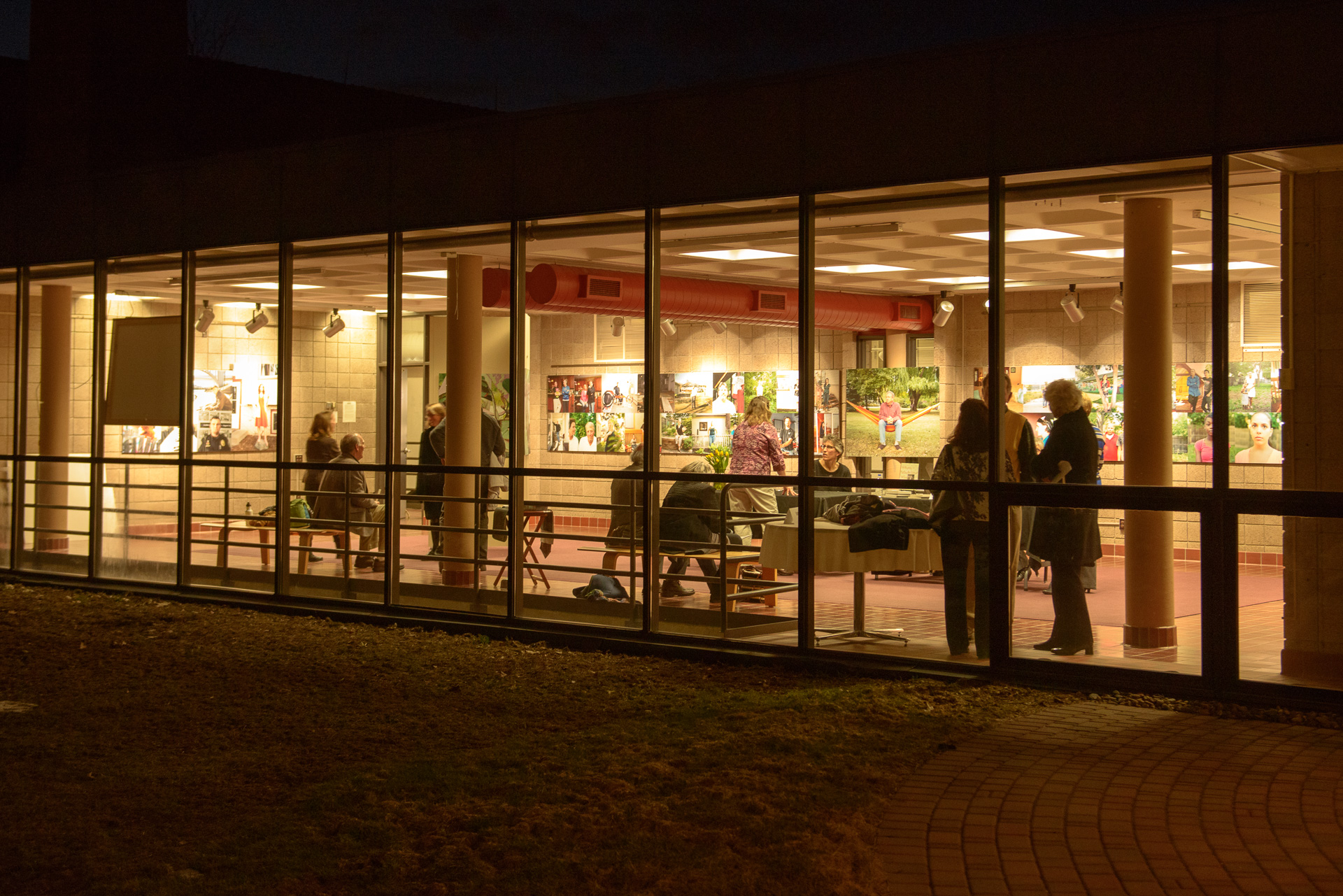