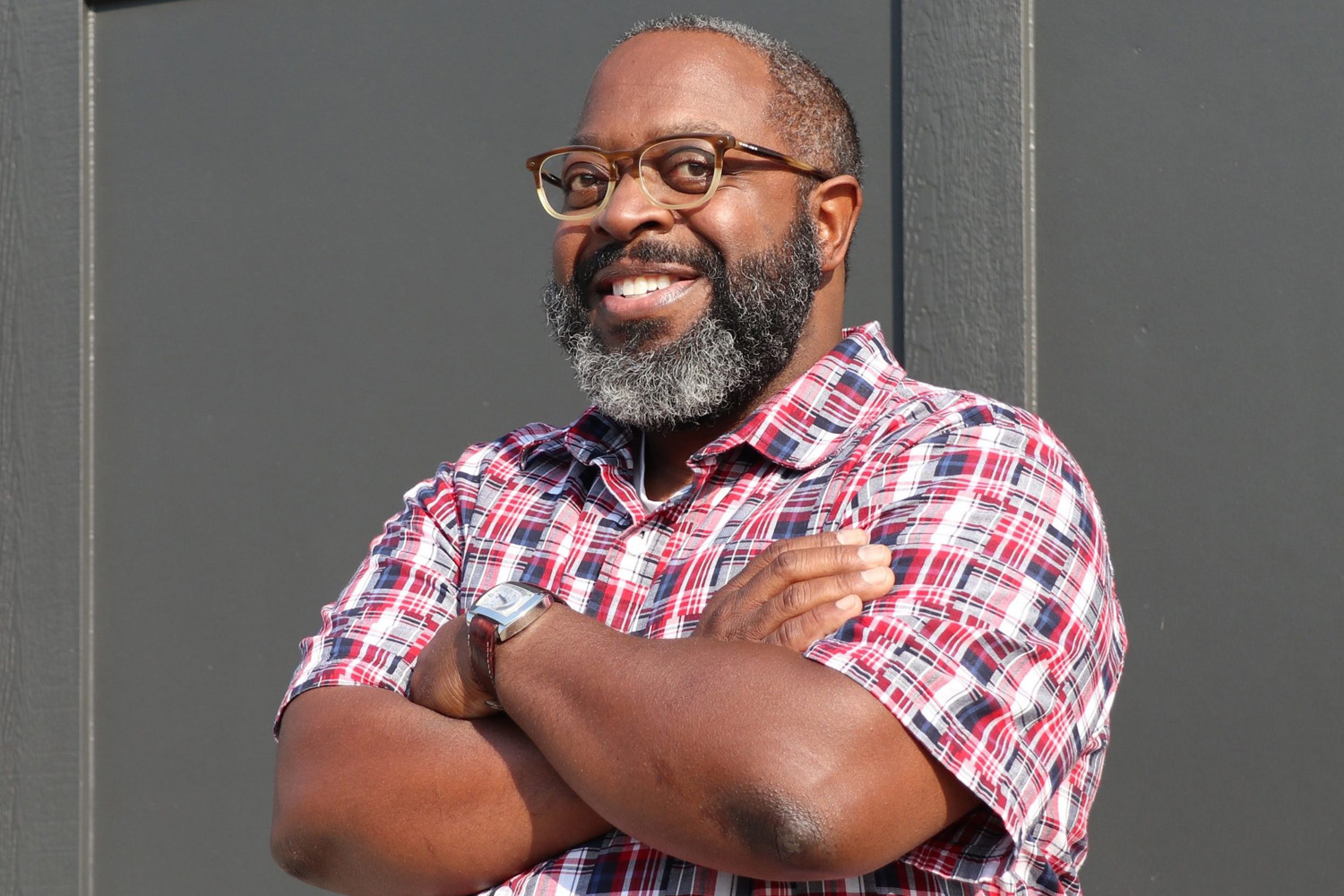 Chat with Minnesota poet Michael Kleber-Diggs, author of Worldly Things, during a Meet & Greet and Book Signing event at Fair Trade Books in downtown Red Wing on Thursday, September 29 from noon to 2 p.m.

This outreach event is part of a mini residency supported by SEMAC that is happening in conjunction with Michael’s Books in the Barn reading in the Tower View Barn on Friday, September 30. During his stay, Michael is also offering workshops to students at Red Wing High School, Tower View Alternative High School and the Juvenile Correctional Facility.

Originally from Kansas, Michael Kleber-Diggs (KLEE-burr digs) is a poet, essayist, literary critic, and arts educator based in St. Paul, MN. His debut poetry collection, Worldly Things (Milkweed Editions 2021), won the Max Ritvo Poetry Prize and is a finalist for the 2022 Minnesota Book Award. His work has appeared in Lit Hub, the Rumpus, Rain Taxi, McSweeney’s Internet Tendency, Water~Stone Review, Midway Review, North Dakota Quarterly and several anthologies. Michael is a past Fellow with the Givens Foundation for African American Literature, a past-winner of the Loft Mentor Series in Poetry, and the former Poet Laureate of Anoka County libraries. With a background in law, Michael possesses a potent focus on justice and serves as the Board Chair of the Minnesota Prison Writing Workshop. Kleber-Diggs has also worked extensively with the Loft Literary Center, and Trio House Press.

In Worldly Things, Michael names delight in the same breath as loss. Moments suffused with love—teaching his daughter how to drive; watching his grandmother bake a cake; waking beside his beloved to ponder trumpet mechanics—couple with moments of wrenching grief—a father’s life ended by a gun; mourning children draped around their mother’s waist; Freddie Gray’s death in police custody. Even in the refuge-space of dreams, a man calls the police on his Black neighbor.

But Worldly Things refuses to “offer allegiance” to this centuries-old status quo. With uncompromising candor, Michael documents the many ways America systemically fails those who call it home while also calling upon our collective potential for something better. “Let’s create folklore side-by-side,” he urges, asking us to aspire to a form of nurturing defined by tenderness, to a kind of community devoted to mutual prosperity. “All of us want,” after all, “our share of light, and just enough rainfall.”

This activity is made possible by the voters of Minnesota through grants from the Minnesota State Arts Board and the Southeastern Minnesota Arts Council, thanks to a legislative appropriation from the arts and cultural heritage fund.

Books in the Barn