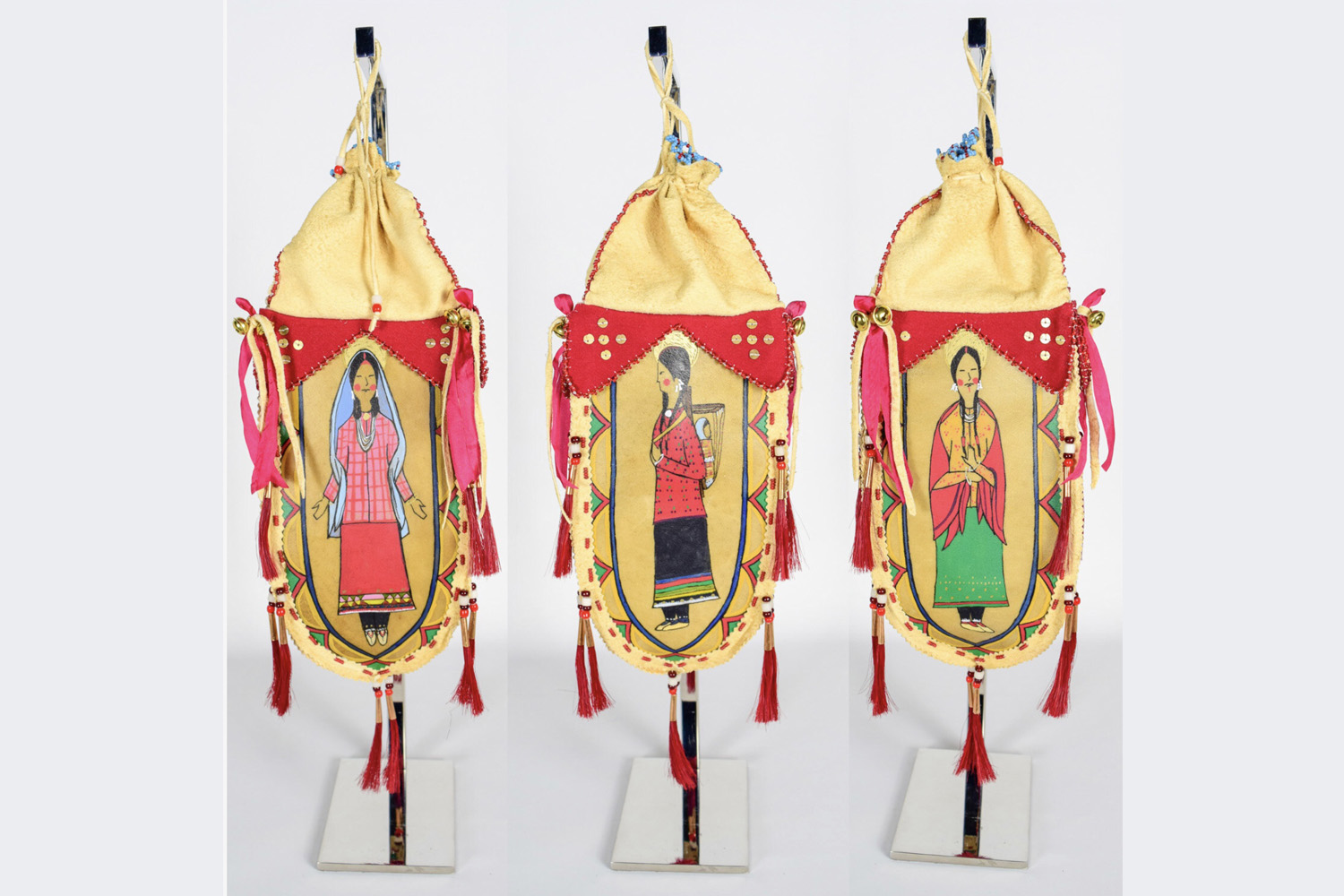 The Anderson Center invites community members of all ages to participate in an Open Studio with artist-in-residence Cole Redhorse Jacobson in the North Studios at Tower View on Saturday, October 22 from 2:00 p.m. – 4:00 p.m. Come meet the artist and learn more about his practice & current projects! Cole’s Open Studio is happening in conjunction with other activity at the Anderson Center, including an installation of Cecilia Cornejo’s Wandering House and a site visit by MN & WI Art Educators as part of their Fall Conference.

Cole is a mixed media visual artist and an enrolled member of the Prairie Island Indian Community. As Mdewakanton Dakota, Cole’s artwork speaks about the many complex threads that tie us to this land, to the cosmos, and to our relationships with each other.

He pursued his passion with a Bachelor of Fine Arts degree from the Minneapolis College of Art and Design. While Cole often works in contemporary mediums, he’s drawn to traditional art forms of the Dakota people, including beadwork, quillwork, textile work, and traditional painting. In 2018, Cole was awarded the Minnesota Historical Society’s Native American Artist-in-Residence. He worked closely with their collections and resources to revitalize the Woodland-style hunyuski (pucker toe, or split toe) moccasins that were traditionally crafted and worn within Dakota communities.

During his artist residency at the Anderson Center October 3 – 31, Cole is doing research and creating artworks that speak to the complex and tumultuous relationship Dakota people have with the US government during their removal period in 1862; how it led to their survival, resiliency, and strength; and how it is deeply intwined with the issues we face now. As a mixed media artist, Cole often combines different art forms to tell a story without using a written language. For this project, he is utilizing textiles (i.e. wool, silk ribbons, muslin) as well as painting to elaborate on telling this story of his ancestors.

This activity is made possible by the voters of Minnesota through an Operating Support grant from the Minnesota State Arts Board, thanks to a legislative appropriation from the arts and cultural heritage fund.