for Outstanding Contributions to Literature and the Arts in Minnesota

The annual award is named for Dr. Alexander P. Anderson, who invented the process for creating Quaker Puffed Rice and Puffed Wheat cereals. An educator, botanist, writer and naturalist, Anderson built the Tower View Estate, which today is stewarded by the Anderson Center who operates the historic site as a hub to develop, foster and promote creative endeavors and the exchange of ideas. 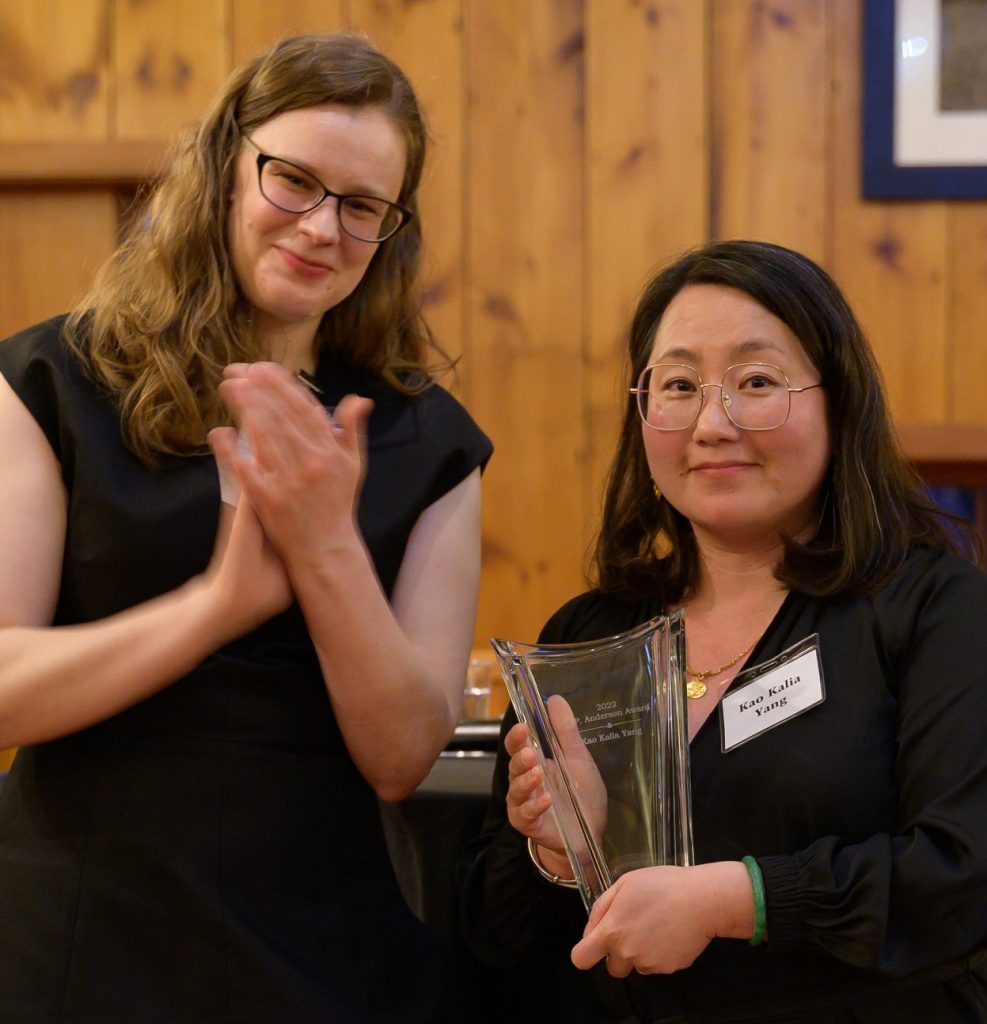 The Anderson Center honors author Kao Kalia Yang with the 2022 A.P. Anderson Award for her significant contributions to the cultural and artistic life of Minnesota.

“Kao Kalia Yang is a cultural force--a writer with an expansive vision and a fierce heart. In her books for adults as well as for children, she explores and celebrates her Hmong heritage with a rare and compelling compassion. Her words have moved thousands here in Minnesota and around the world,” said Fiona McCrae, Anderson Center Board Member and Publisher & CEO of Graywolf Press.

Through Yang’s work, many thousands of Americans of all ages now have a better understanding of the experiences and culture of Hmong people. Yet part of what makes Yang’s work so powerful is that while the experiences she describes are specific to her family and to her people, they also reflect universal themes. As she writes in The Latehomecomer: "What happened to the Hmong happened before us and will happen again after us. It is one group and then another."

Kao Kalia Yang is a Hmong-American writer, teacher and public speaker. Born in the refugee camps of Thailand to a family that escaped the genocide of the Secret War in Laos, she came to America at the age six. Yang holds degrees from Carleton College and Columbia University. She is the author of the memoirs The Latehomecomer: A Hmong Family Memoir, The Song Poet, and Somewhere in the Unknown World. Yang is also the author of the children’s books A Map Into the World, The Shared Room, The Most Beautiful Thing, From the Tops of the Trees, and Yang Warriors. She co-edited the ground-breaking collection What God is Honored Here?: Writings on Miscarriage and Infant Loss By and For Indigenous Women and Women of Color.

Yang’s work has been recognized by the National Endowment for the Arts, the National Book Critics Circle Award, the Chautauqua Prize, the PEN USA literary awards, and the Dayton’s Literary Peace Prize. Her work for children has been recognized as Notable Books by the American Library Association, the Zolotow Honor, as Kirkus Best Books of the Year, and won a Heartland Bookseller’s Award. Yang is the recipient of four Minnesota Book Awards. Kao Kalia Yang won a McKnight Fellowship in Prose, was honored with the International Institute of Minnesota’s Olga Zoltai Award for her community leadership and service to New Americans, and the Ordway Center with a Sally Award for Social Impact.

“The A.P. Anderson Award is designed to recognize those who, through their creative work and innovative example, have had a major impact on the artistic community in our state. Through her beautiful and intensely personal work, Kao Kalia Yang honors her family and invites all of us into the refugee experience,” says Stephanie Rogers, Executive and Artistic Director of the Anderson Center. “She joins a group of dozens of other Minnesotans who have set examples for us all through their artistic work, their service to the state’s creative community, and the way they’ve shaped their careers with vision and integrity.”

The prestigious annual award, to be presented to Yang during an awards event on April 22, is named for Dr. Alexander P. Anderson, who invented the process for creating Quaker Puffed Rice and Puffed Wheat cereals. An educator, botanist, writer and naturalist, Anderson built Tower View Estate, which today is stewarded by the Anderson Center who operates the historic site as a hub to develop, foster and promote creative endeavors and the exchange of ideas. 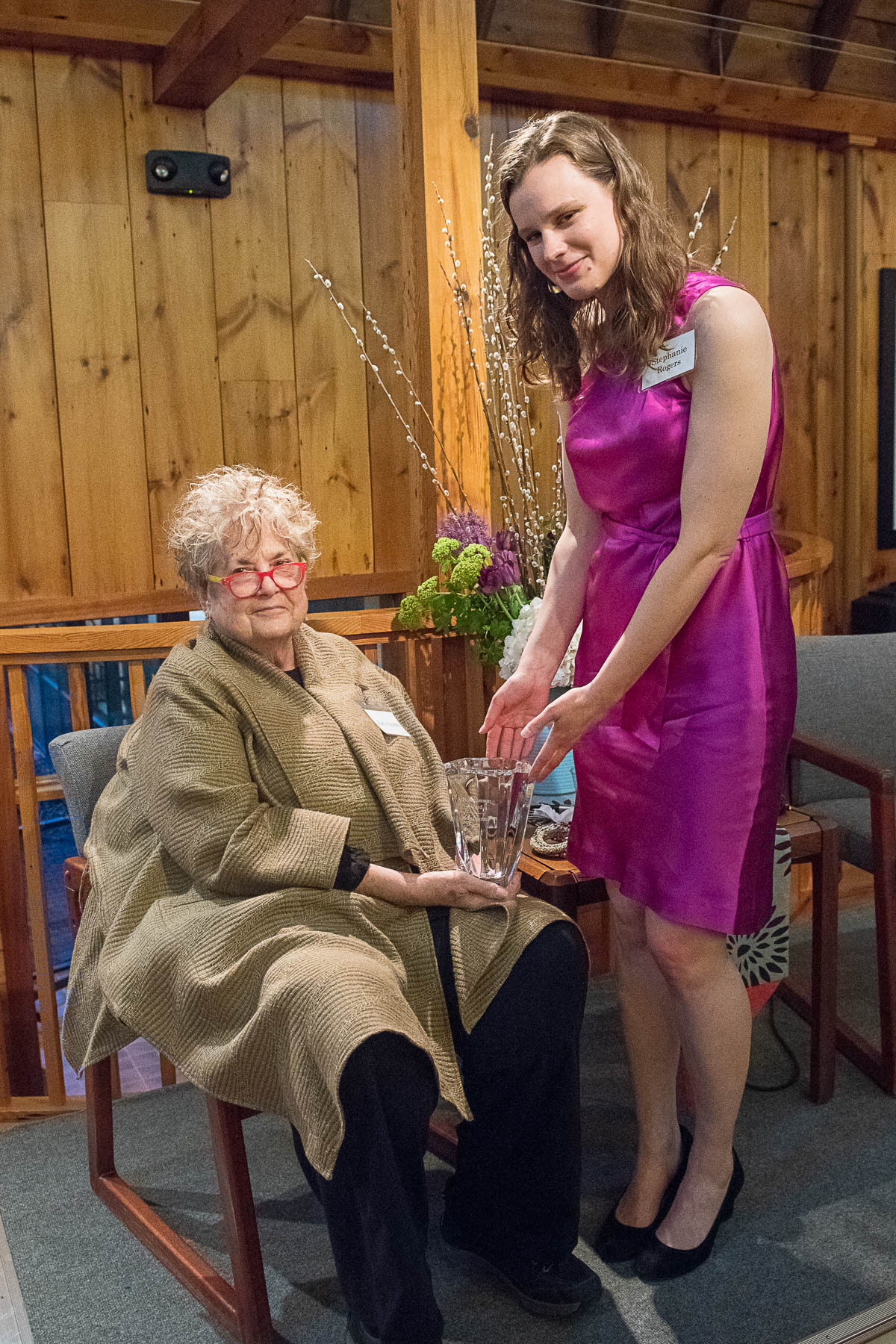