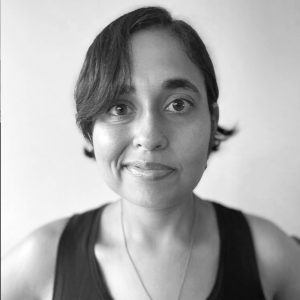 Sehaj Sethi is an Indian American screenwriter and alumna from the New York University Graduate Film Program. While at the Anderson Center, Sehaj was developing the tv adaptation of the novel City of Ghosts with David Lowery for Fox Searchlight TV and Disney+. She was also partnering with I Can & I Will Productions on her TV series Bad Betis, produced by Gina Rodriguez, and was in development on her feature Everything is Fine, produced by Antonio Campos.

Sehaj is a writer on the CW show Two Sentence Horror Stories and previously worked as a writer at Luma Pictures, focusing on sci-fi feature projects. Early in her writing career, she created a horror feature for Paperclip Ltd. headed by Yeardley Smith. On May 21, 2021, Sehaj is shared her background and experience in entertainment industry with students in Kristin Bray’s Media Arts course at Red Wing Public High School.